Activities on the reconstruction of the Crnaja tunnel are progressing faster than planned.  In this regards, FBH Roads requested the extension of works in the Crnaja tunnel under the same traffic regime until June 30, in order to enable two-way traffic through the tunnel every day from 5 am to 8 pm as of July 1. 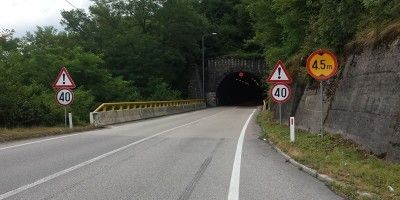 “The Contractor assured us that, with the current alternating traffic regime through the tunnel, the concreting of the tunnel footing can be completed by the end of June. Notwithstanding the above, due to poor geological conditions in the middle part of the tunnel additional reinforcement with micro piles had to be done.

However, from July 1 the Investor will allow two-way traffic through the tunnel every day from 5 am to 8 pm, which will prevent delays and waiting, thus not only in key months of the tourist season when the highest traffic is expected on this road, but also after that period”, explains the director FBH Roads, Ljubo Pravdić.

“We believe that this is good information for everyone who uses this road, because it means that after June 30, there will be no more traffic restrictions during the day. Originally, it was planned to continue with that the alternating traffic regime after the summer months. However, by extending the current works until the end of June, we will enable uninterrupted traffic in the rest of the period until the completion of the reconstruction of the Crnaja tunnel”, Pravdić points out.