PC Roads of the FBH Ltd Sarajevo invites all interested parties, non-governmental organizations and residents of the municipality Mostar and settlements neighbouring the area of intended reconstruction of the crossroad M17 and south junction to the City of Mostar to take part in public consultations. 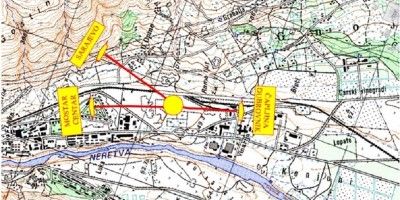 The Public Consultations will take place on September 20th, 2018 at 10 am in Mostar, in the premises of the City Hall, with the aim of collecting views and opinions of the stakeholders and addressing the relevant issues into the final version of the document.

The document was drafted under the Roads Modernization Programme, in line with the policies of funding institutions. The draft document can be found on the official website of the PC Roads of the FBiH at the following link and on the website of the Mostar City.

All interested parties who are not able to attend the public consultations can submit their suggestions and comments by September 20th, 2018 via e-mail address: pimt@jpcfbih.ba.