Presentation of the alignment of Lašva - Nević Polje expressway was organized today in the premises of the Municipality of Vitez. 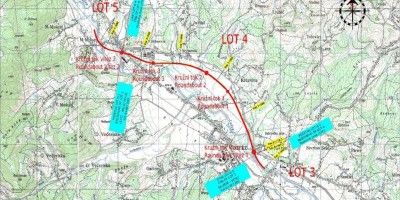 The presentation was attended by the members of the Management Board and employees of FBH Roads, the Mayor of Vitez Municipality, and numerous citizens and stakeholders.

“By the decision of the FBH Government, FBH Roads was appointed the implementing agency of the part of Lašva - Nević Polje Expressway (Lot 4), passage through Vitez business zone, total length 4243 m.

Public procurement procedures for works and supervision services were carried out and decisions on contract award were made.

The project will be implemented in phases and foresees the construction of a main road with four lanes and a parallel two-lane service road with a total of five roundabouts.